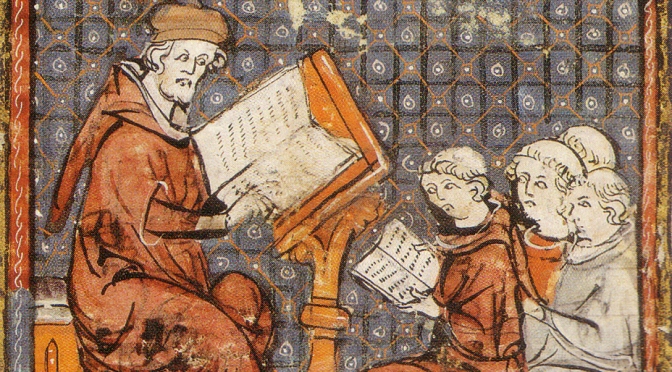 Do not conform to the pattern of this world, but be transformed by the renewing of your mind. Then you will be able to test and approve what God’s will is—his good, pleasing and perfect will. -Romans 12:2

I recently finished reading Mike Higton’s A Theology of Higher Education, in which he takes upon himself the ambitious project of giving a theological account of the modern secular university as a community of virtue with the ends of forming saints for the kingdom of God. I say “ambitious” because of the many prominent critiques of contemporary universities coming from such luminary figures as Alasdair MacIntyre and Stanley Hauerwas suggesting that today’s universities, devoid of their historical commitment to the Church and her tradition, are for the most part incoherent and fail to inculcate the virtues proper to Christianity. This is leaving out even the many secular voices (consider, for instance, William Deresiewicz’s recent article on why elite universities are failing their goals).

Among the many myths Higton has to deconstruct in the course of making his argument is the conception that one’s ability to reason necessarily occurs in inverse proportion to one’s reliance on authoritative sources of the past. In doing so, he gives an account of the formation of the first university – at Paris – in a way that tries to draw out its continuities with the monastic disciplines of reading and meditation. The most important advance that sets the Parisian academics apart from monastic thinkers such as Anselm of Canterbury, Higton suggests, is that they externalize and socialize the process of internal deliberation and clarification of thoughts that Anselm conducts within himself.

Put another way, the Parisians took the practices of reading, meditation, and disputation that monks like Anselm would practice alone and turned it into a social activity in which individuals reading, meditation, and disputing together would create communities of mutual accountability in which each would aspire to clearer articulations of the commitments they understood themselves to have inherited from the fathers of the church and – ultimately – Jesus Christ himself.

To recap the rest of Higton’s argument would go beyond my intentions for this post, but suffice to say, his account continues with the intriguing suggestion that the German invention of the “research university” in the founding of the University of Berlin was not so much a radical departure from this basic Parisian ideal, but an attempted repair conducted from within the Christian tradition. What struck me the most, however, was his quite simple suggestion that the act of reading, of preparing to write, and of writing was a spiritual discipline of sorts that requires growth in character and has as its end the forming of saints.

It strikes me because it resonates very strongly with my own thesis-writing experience, in which I came to realize that very relational issues – inability to trust others – had very concrete effects on my ability to do research and to write. Midway through my thesis, I came to the realization that I was massively insecure about what I was saying and tended to hide behind my sources rather than engage them in the kind of conversation which, as we were taught in freshmen writing sem, exemplified academic writing. I would be afraid of stating a claim unless I had found that someone else (with more authority) had said something similar, confirming my analysis. I was constantly looking for more sources, for more support for my position, as if my own thoughts and convictions were not enough on their own. This ultimately meant that my thesis ended up having incredible vocational significance for me – not only in terms of the subject I was writing about (faith and reason) – but in the very reading, research, and writing process itself.

In order to write my thesis well, I was forced to better understand how Christ’s love for me overcame the emotional baggage I was carrying. I also found further confirmation for the vocational decisions I had made for my life after-thesis: delaying graduate school for at least a year so that I could return to rebuild relationships and deal with my childhood past. I had come to realize that my being a scholar was not simply a matter of sitting down and reading and writing books. It had everything to do with who I was as a person. If I was to become a good scholar, I would need to become more Christ-like. And, oddly enough, I could venture that the inverse was true as well: If I was to become more Christ-like, I would need to engage in more scholarship.

We inherit a lot of conceptions, habits, and commitments from those who have come before us. Part of the work of the scholar, I came to learn, is to better understand the sources that have formed you, to come to a greater understanding of oneself – what makes you tick, what makes you laugh, what makes you cry, and what you think is worth living for. A great many of these commitments may have a nebulous relationship in our minds before we sit down to reflect on them, and the process of reflection is a kind of sifting, a refining through fire that strives for the better, more precise expression of what it really means for me to be me. For me to be a Christian. An American. A Princetonian. “Rational”. Committed to the Church. And so on and so on. In our world we are constantly bombarded by a cacophony of voices and ideas, and just as the monastics of old would withdraw to the desert for prayer and meditation to try to discern the still small voice in the midst of a crowded world, so we scholars withdraw to our studies, not to escape the world, but to learn to inhabit it more fully and to listen more carefully.

Saint Anselm wrote his Monologion as an attempt to make sense of what he was reading in Saint Augustine’s De Trinitate, to show how all the things that were said could actually be re articulated in a way that would fit together coherently. The more I think back on my senior thesis, the more I realize how much my own efforts were a kind of meditation on the life and work of the Christian philosopher Nicholas Wolterstorff, and an attempt to make sense of how his writings on epistemology and politics – at first blush, seemingly unrelated topics – fit together. And I could only find a way to do so by drawing from the writings of another Christian thinker, the 19th c. German theologian Friedrich Schleiermacher, who gave me a way of seeing how any a Christian ethics of belief (usually discussed under the heading of “rationality”) might be inextricably tied to the unity and holiness of the Church of God.

I had begun with a vague sense of the importance of ideas such as “faith”, “rationality”, “Christian”, “church”, and “liberal democracy”, and come out with a synthesis of these terms that allowed me to make better sense of each of them, their interrelations with one another, and some concrete material implications – both for my own life and, perhaps, for those beyond myself as well. I understand many of these implications not as a matter of idle speculation, but attempts to understand what it might mean to be faithful to Jesus Christ in our own day and age.

For those of you who might not know, I have since returned to Princeton to pursue a Masters of Divinity at Princeton Theological Seminary. As I delve once again in the world of academia, I am increasingly aware of the great blessing and privilege it is to seek spiritual maturity and growth through the classes I will take, the lectures I will sit through, the papers I will write, and the conversations I will have. Study is a formative practice, much like prayer and worship are formative practices. Though I may not have gone through Princeton explicitly aware of such a way of approaching academic life, I am thankful to have the opportunity for (at least) three more years to grow in Christ as a student and aspiring scholar.

One thought on “Scholarship as a Spiritual Discipline”

The News that Changes Everything